World Class Caucasian Ovcharka Puppies NOW AVAILABLE
in the U.S. and Canada
To Select Homes ONLY! 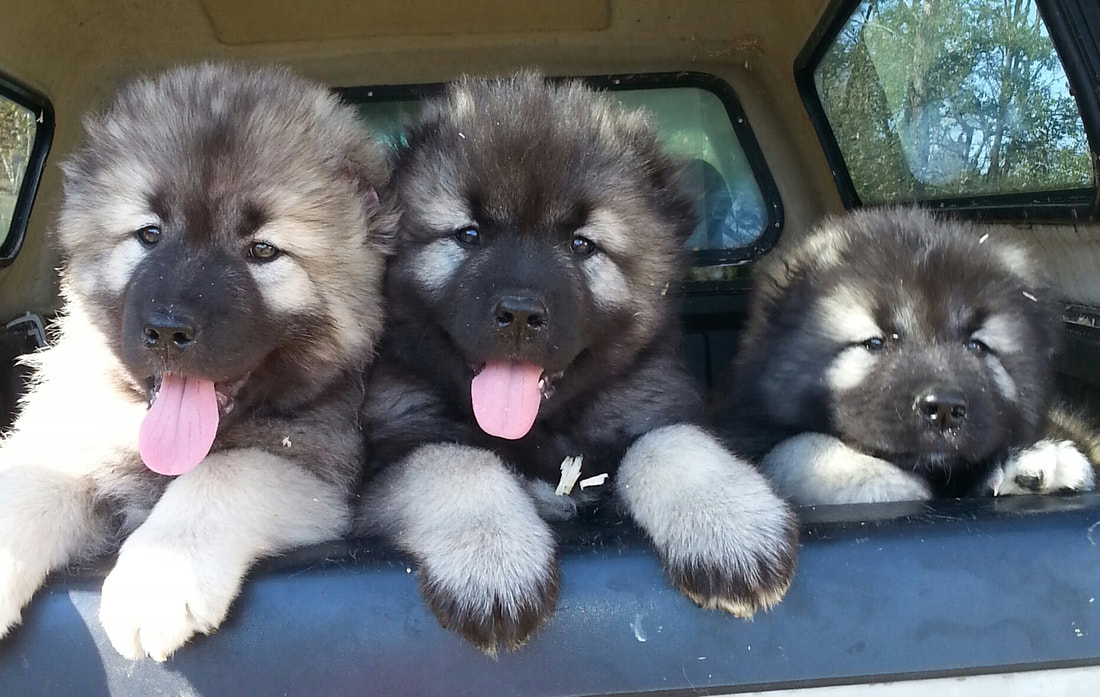 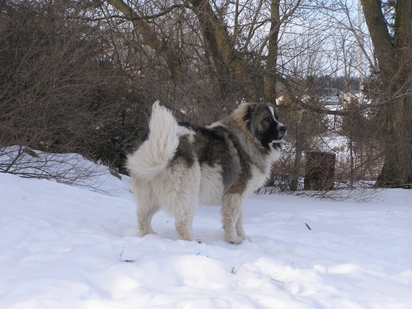 135,000 years ago, modern man emerged from the mists of pre-history, and at his side stood a dog…

No other creature’s history is as intricately entwined with man’s as the dog. No other creature is born loving man, as the dog is. And no other creature is more willing to sacrifice his life in the protection of ours than the dog. –Excerpt from “Dogs of Fury: The Solution to Vicious Dogs”, by Tamara Ann Follett of ThunderHawk Caucasians
The origins of the Caucasian Ovcharka are lost in the mists of prehistory. A millennium of geographical isolation and the extremely harsh conditions imposed by the Caucasus Mountains of Russia created a process of natural selection, where only the largest and most aggressive animals survived to carry on the breed. Further molded by the Soviet Military into a more trainable and compliant service dog, the Caucasian of today is a noble and magnificent guarding breed that is as sweet and gentle with family as they are hostile and aggressive to strangers. Known by many names -- Kaukasische Schaferhund, Russian Shepherd, Caucasian Ovtcharka, Kavkasky Owtcharka, Caucasian Mountain Dog, and others – recently, the name "Caucasian Shepherd" has been adopted. You can always tell an old-timer in the breed because they refer to the breed as "Caucasian Ovcharka".

The correct temperament for a Caucasian is NOT dominant, but is submissive to family while being naturally suspicious of strangers. Intelligent, fiercely loyal, and highly trainable, the well-bred Caucasian's natural protection ability provides formidable intruder deterrence while being naturally gentle with children, thus, the well-bred Caucasian is unsurpassed today in providing serious protection for the home and family.