ThunderHawk in the News...

1. ThunderHawk selected over all other Caucasian Ovcharka breeders in North America to appear in National Geographic Special, Designer Dogs 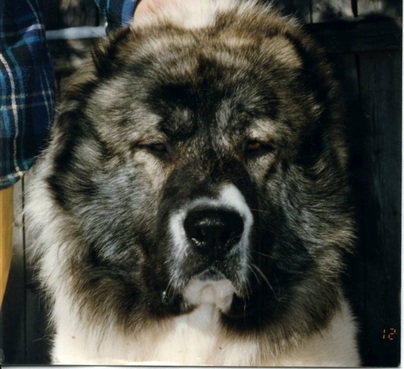 If the above link doesn't work, copy/paste this into your browser window:http://www.youtube.com/watch?v=EujeBI2edis

Because ThunderHawk was chosen over all other breeders in North America to represent the Caucasian breed, the other breeders were livid and waged a long-term smear campaign against both ThunderHawk and National Geographic... to no avail. The director's intention was to demonstrate that even a well-bred Caucasian is a formidable undertaking and one not to be entered into lightly. The director was especially concerned because in the wake of Disney's 101 Dalmations, hundreds of Dalmations were  bred by backyard breeders, purchased on impulse, and ultimately abandoned to shelters. Claims by jealous Caucasian breeders that there was a corresponding flood of CO's dumped as a result of this film are ridiculous: ethical breeders educate new owners on the inherent aggression in the breed, and educated owners know how to avoid the issues of inadequate socialization. --So who is supposed to have dumped their dogs? --Irresponsible owners? If so, then it is a good thing the dogs are out of their hands.

FYI -- Consider the source of any negative remarks and what they have to gain by denigrating ThunderHawk. Better still, watch the video and decide for yourself!


If the above link does not work, copy/paste this into your browser window:
http://www2.macleans.ca/2009/11/19/dogs-are-victims-in-a-scary-war/